Forum on Electoral Justice and Democracy 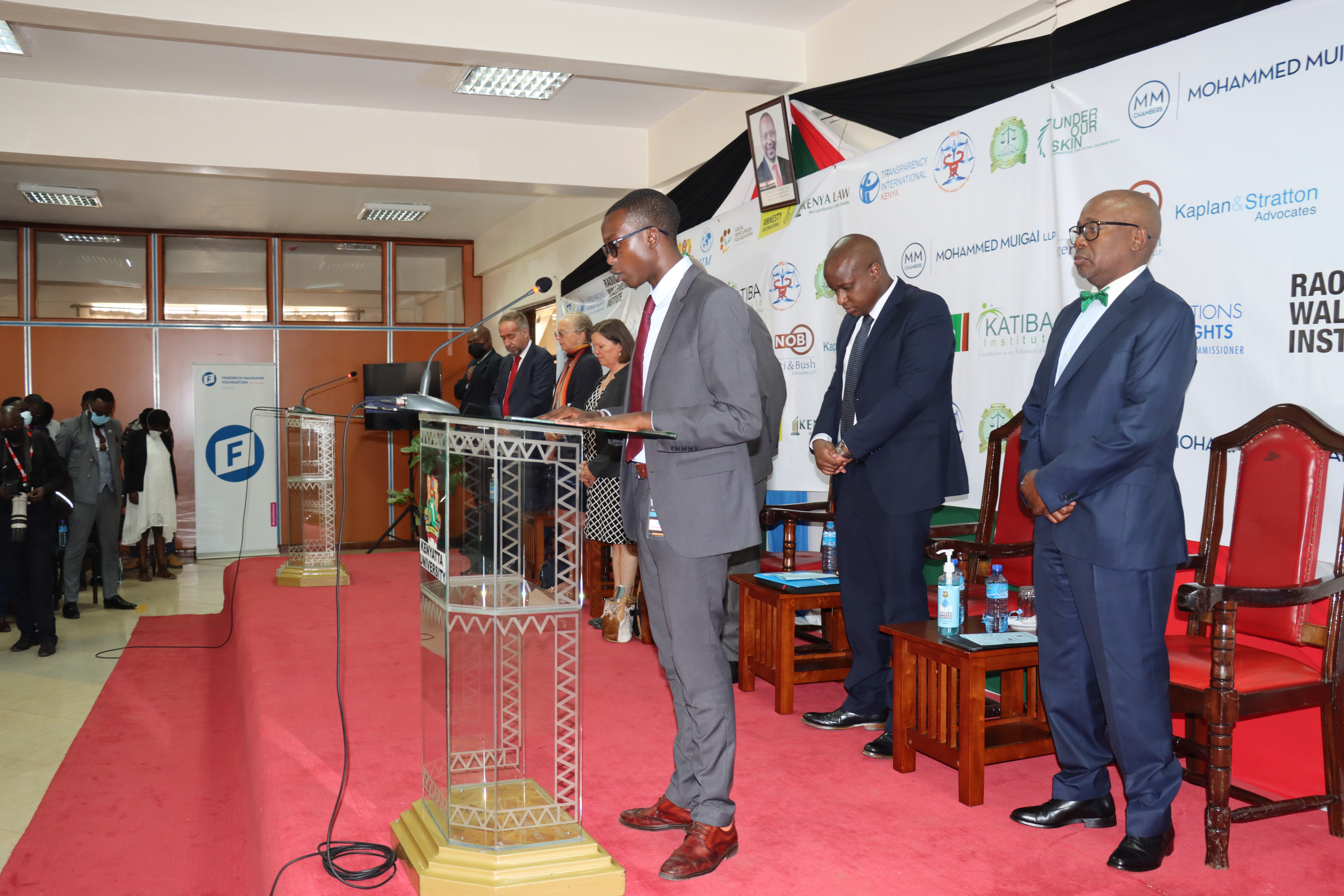 In collaboration with Kenyatta University, Mzalendo Trust participated in the All-Kenya Moot Court Competition on 21st March 2022, which was machined towards addressing the Electoral Justice and Democracy by ensuring Electoral Credibility and adhering to the rule of law.

The All-Kenya Moot Court Competition which brought together stakeholders, law students from across the country and experts in electoral law, was aimed towards sensitizing the youth and specifically, young women in universities on their role in elections and democracy as well as promoting inclusivity.

The competition focused on various themes, including corruption and mismanagement of public resources, the efficiency of electoral technology systems, elections in times of a pandemic, gender equality (the place of women in politics) and the rights of the marginalized and minority.

The event’s envisaged outcome was to create a forum for sensitization and interaction where the youth could engage in dialogue on their place in the democratic process and the social, economic, and political issues that impact them and explore solutions.

The students disclosed that while the youth were described as between 18-35 years old, they should not be seen as a homogenous group and advocacy strategies should therefore be reflective of this reality.

The students raised claims that most political parties did not have reach at the grassroots level and would only have a superficial presence marked by signage and closed offices. They also sought to know how participation in coalition parties would be following the enactment of the Political Parties Act 2021.

The participants also reiterated the need to push for constitutional values of leadership and integrity, that would see persons facing allegations of corruption and abuse of office barred from contesting in the coming elections.