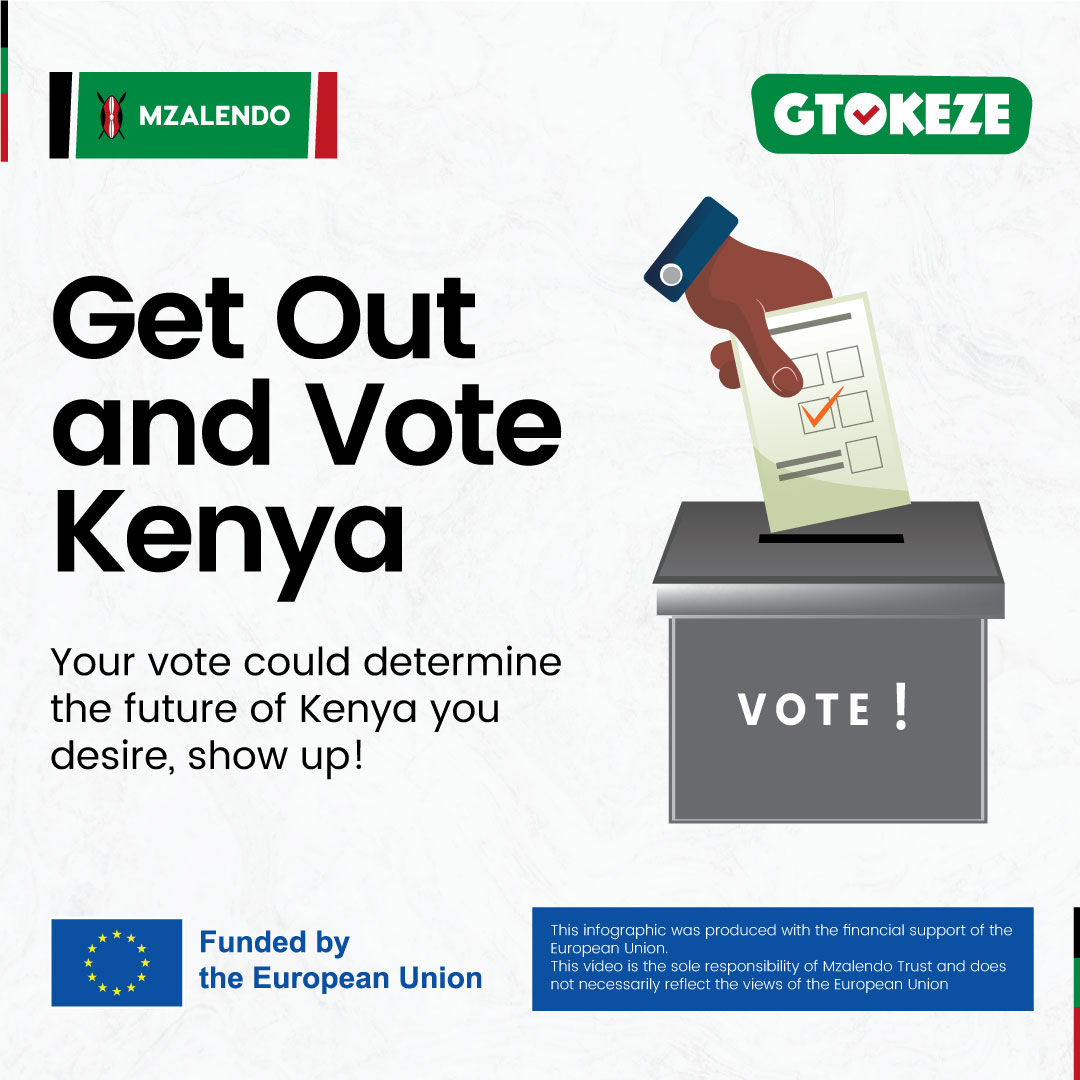 The GTokeze Campaign is a call to action aimed at mobilizing a critical mass of youth and women to exercise their democratic right to political participation by getting out to vote in the August 2022 elections and encouraging their peers to vote as well.

The Campaign is the first activity under the “Strengthening Inclusive and Democratic Political Actors in Kenya (SIDPAK) programme, supported by the European Union and whose activities inter-alia include the promotion of youth and women participation in political processes 2022.

Over the years, young people and women have remained excluded in political processes, leading to a sense of resignation and apathy.  In this year’s elections especially, unprecedented levels of this apathy were witnessed in the voter registration process, as targets were not met, despite two enhanced voter registration exercises. Despite being about 75% of Kenya’s population, only about 39.84% (8,812,790) are registered, a drop of 5.27% from 2017.  In terms of the candidates, only 28% fall in the category of the young.

The result is that in these elections, their voices and choices may not be felt.  Gtokeze is, therefore, a call aimed at those that heeded the call to vote and will be exercising their democratic rights.

The #GTokeze campaign is funded by the European Union.