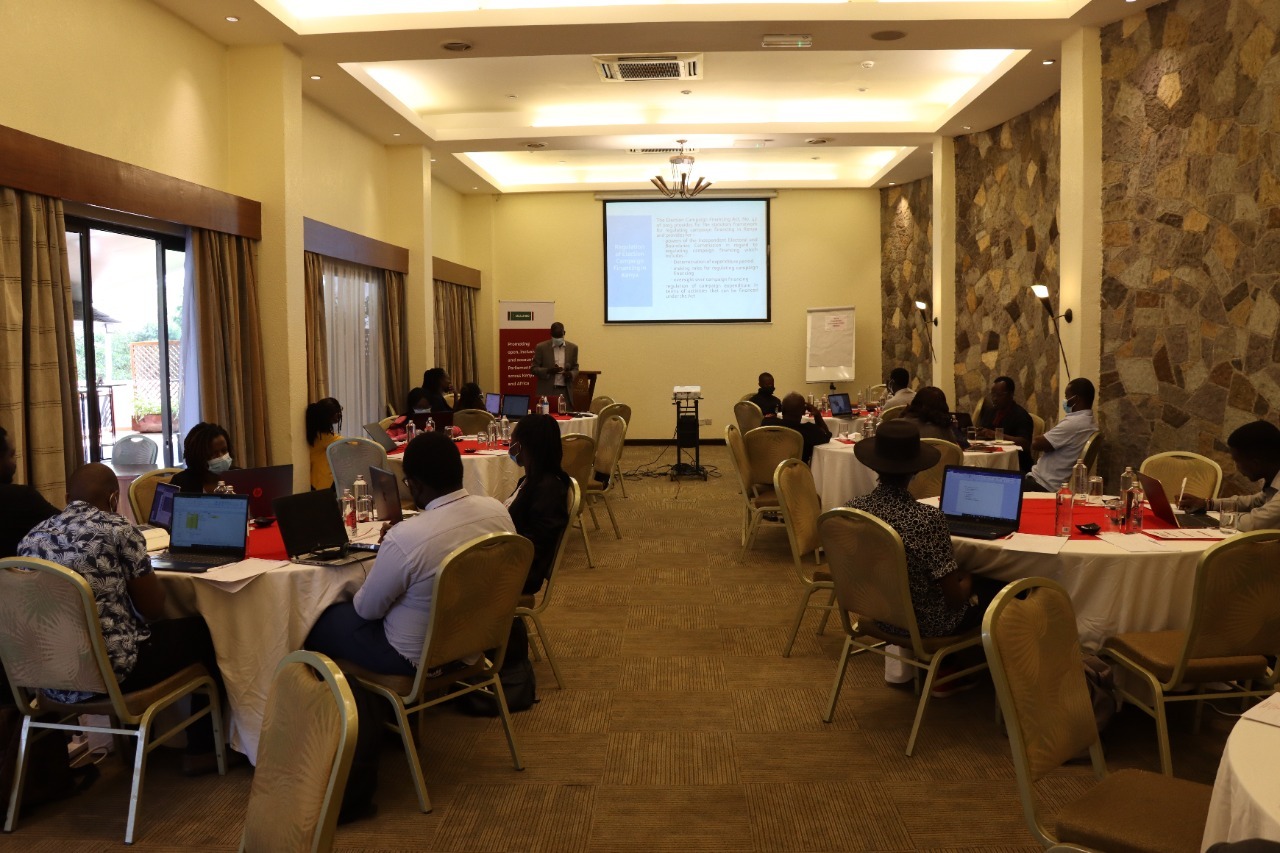 Mzalendo Trust with the Support of the Canadian High Commission held held a Media Sensitization Workshop on Friday, 28th February 2022 to deliberate on Election Campaign Financing in Kenya.

The workshop which brought together stakeholders from media, the civil society and youth was geared towards elucidating on the Election Campaign Financing Act, 2013, that IEBC intends to enforce in the 2022 election cycle.

In his presentation, Mr. Kiragu Wachira disclosed that major sources of campaign financing are proceeds of economic crimes such as corruption and abuse of public resources such as facilities, vehicles, finances, public officers especially by incumbents.

He pointed out use of campaign finances for voter bribery and other electoral malpractices, and domination of media space by candidates with high financial resources as some of the challenges that arise from unregulated campaign financing.

The participants placed emphasis on the need for IEBC to set campaign finance rules 12 months before elections in adherence with the law and the need to regulate the amount of money a registered supplier with the government can contribute towards a campaign.