Uphold the Law and Actualize the Two-Thirds Gender Principle 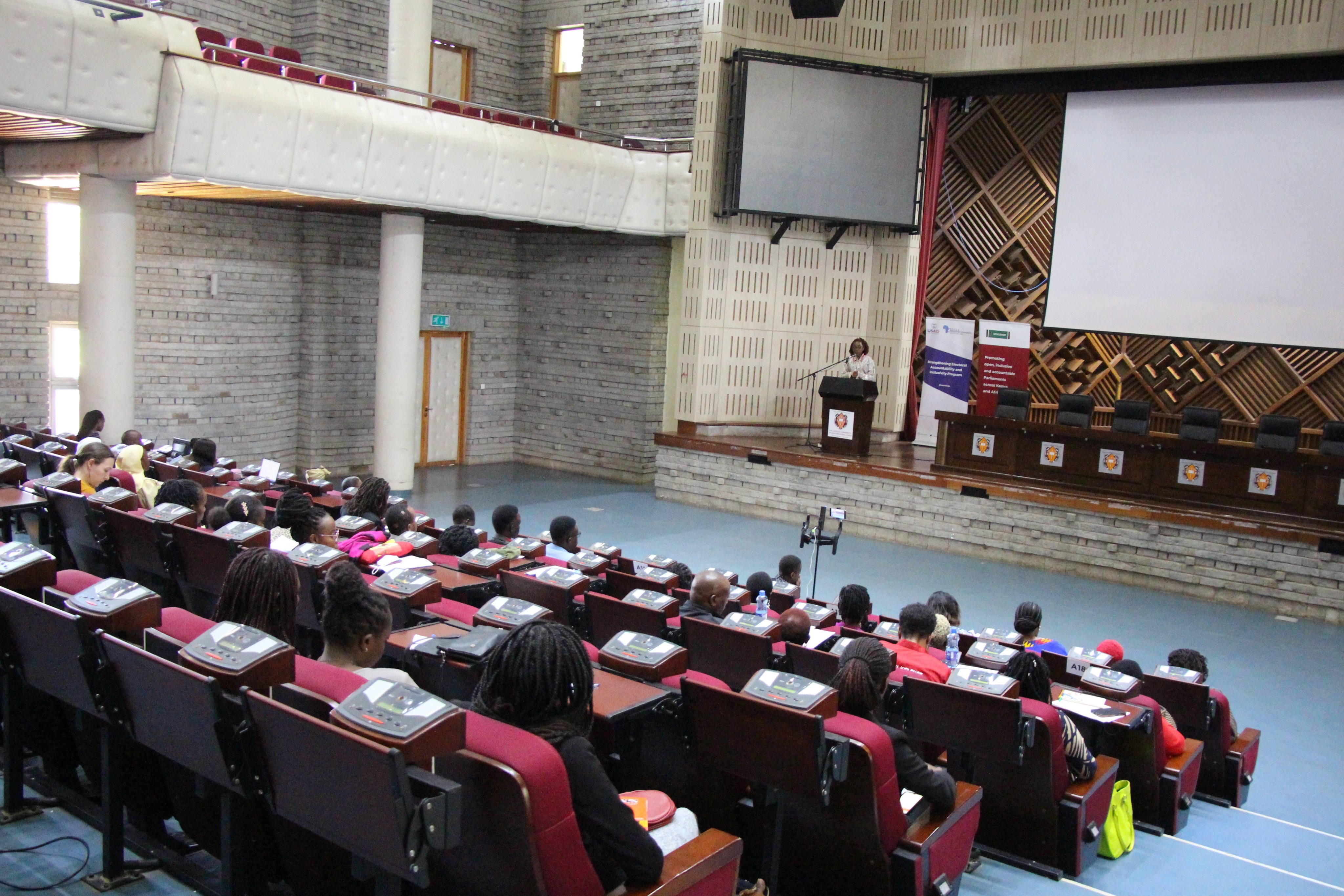 Catholic University of Eastern Africa (CUEA); International Federation of Women Lawyers (FIDA), Kenya Chapter; and Mzalendo Trust partnered to hold a national dialogue on the two-thirds gender representation requirement in Kenya. The dialogue that took place at CUEA, Lang’ata Campus brought together participants from academia, religious organizations, political parties and civil society organizations to reflect on the gains made and challenges facing the two-thirds journey and emerging issues from the just concluded party primaries.

Speakers at the meeting decried the lack of political good will in the realization of the two-thirds, noting that the recent party primaries and the subsequent court ruling suspending the requirement to ensure party lists comply with the principle was a setback to the constitutional ideal on equality.  “Our Constitution in recognizing that we had a system of governance that did not serve a majority of people has put in place principles that ensure that everyone is brought on board. One of those principles is that you cannot have more than two-thirds of the same gender in any elective or appointive public body,” said Daisy Amdany, the Executive Director of CRAWN Trust during a panel discussion moderated by Caroline Gaita, Executive Director of Mzalendo Trust.

It was further noted that despite attempts by institutions such as the Judiciary and Parliament through dissolution advisories and legislative motions, respectively, little progress has been made to meet the two-third gender requirement. Women remain disadvantaged in the political arena as it has been evidenced in the recent party primaries where a number of party tickets were issued through negotiated democracy at their expense.